"Wikipedia, Brick by Brick" (sometimes referred to as "Brickapedia"): Presentation by Jason Scott at Notacon 4 in Cleveland, Ohio on April 27, 2007. Focuses mostly on the exploitable nature of open collaborative systems on Wikipedia, where the use of several methodologies allow manipulation of articles and policy. Touches briefly on the Essjay Controversy, where a 24 year old user of Wikipedia was able to successfully present himself as a multi-doctorate professor of divinity for multiple years. Discusses issues with modeling requirements and safe harbor provisions. Provides several trivia bits about various humorous events within the Wikipedia space in the past few years. Absolutely chock full of profanity.

Jason Scott runs TEXTFILES.COM and has made a number of essays and statements regarding Wikipedia at his weblog, ascii.textfiles.com.

Reviewer: fooew384 - favoritefavorite - August 13, 2007
Subject: The WIki pedia must not be trusted.
It is full of nonsense gibberish.

Put simply, we always need individuals to challenge the latest craze, especially when that craze is the truth of everything.

More complicatedly, though I will not go into the theory into too much depth, this lecturer is playing the role that many postmodern theorists warn is necessary for us not to be controlled by knowledge.

I enjoy wikipedia more or less, and am overwhelmingly excited about where the internet is headed, but the points expressed in this lecture and other positions like it are what will keep the wheels in friction with the road for us to move forward. Nice job. 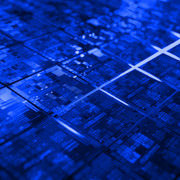